Saudi religious police stormed a house in the Saudi Arabian province of al-Jouf, detaining more than 41 guests for “plotting to celebrate Christmas,” a statement from the police branch released Wednesday night said. 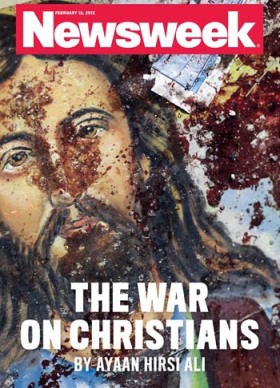 The raid is the latest in a string of religious crackdowns against residents perceived to threaten the country’s strict religious code. The host of the alleged Christmas gathering is reported to be an Asian diplomat whose guests included 41 Christians, as well as two Saudi Arabian and Egyptian Muslims. The host and the two Muslims were said to be “severely intoxicated.”

The guests were said to have been referred to the “respective authorities.” It is unclear whether or not they have been released since. The kingdom, which only recognizes Islamic faith and practice, has in the past banned public Christmas celebrations, but is ambiguous about festivities staged in private quarters.

A member of the Higher Council of Islamic scholars in Saudi Arabia, Sheikh Mohammed al-Othaimin recently prohibited sending holiday wishes to “heretics” on Christmas or other religious Christian holidays.

‘Apostate’ at risk of execution

On Thursday, the Beirut-based Gulf Center for Human Rights reported that Saudi human rights defender Raef Badawi is at risk of execution on apostasy charges. 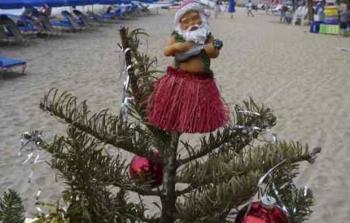 Badawi is co-founder and editor of the Liberal Saudi Network. When he first appeared before the district court in Jeddah, he was charged with “insulting Islam through electronic channels” and “going beyond the realm of obedience.” The Judge then referred the case to the higher Public Court on an apostasy charge, which carries the penalty of death. The General Court in Jeddah proceeded with apostasy charges on December 22.

Badawi was arrested this June after the Liberal Saudi Network called for “a day of liberalism” in Saudi Arabia, which included a conference that was later canceled after a warning from authorities.

Earlier this week, controversial Saudi novelist and political analyst Turki al-Hamad was arrested for criticizing Islam and the royal family in a series of tweets.

Al-Hamad is an outspoken liberal who writes about sexuality issues, underground political movements and religious freedom. The offending tweets suggested that Islam be rectified in the same way that the Prophet Muhammad is said to have revised earlier Abrahamic religions.